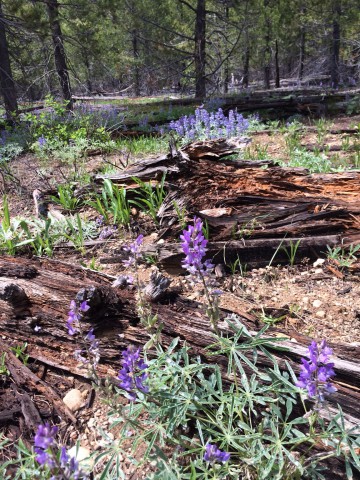 I LOVE my dad! I am amazed at his strength and perseverance despite overwhelming odds. It has been more than thirty-nine years since he found his high school sweetheart lifeless on the bathroom floor. He shared with me awhile ago that there isn’t a day that goes by that he doesn’t think of her. And yet, like the good soldier he trained to be while still dating Mom, after her death he stood with head held high and shoulders back, and he marched on with determination. And like a soldier who has seen too much bloodshed in wars meant to win freedom, he seemed to bury his sorrow and silence his pain.

Dad’s walk is a little slower now; his shoulders a bit more stooped. And his heart more open. Sometimes he even lets me take a peak inside it as he unashamedly sheds his tears – evidence of his past pains. And evidence of his love.

Yesterday, as Dad and I sat outside his mountain retreat after a family gathering, we talked of earlier family gatherings. Mom’s family took Dad in when he was a teenager and let him escape the turmoil of his own home. They welcomed him with open arms to their own family gatherings – camping, picnicking, sledding, ice-skating. As Dad reminisced, his tears gave away his pain at not only being ripped from Mom’s arms, but at losing contact with her family as slowly the invitations became less frequent, and finally ended altogether. He longed for a reunion of Mom’s remaining brothers and sisters, nieces and nephews – for he loved them.

Dad also spoke with tenderness of a dear friend’s recent angelic experience – parents who had died many years before visited this friend. With radiant smiles, they stood together hand in hand as if to say all was well. With tear-filled eyes, Dad said, “I would give ANYTHING to see your mom again. To be shown even a glimpse.”

I would give anything too, I thought. And though my dad’s eyes remain covered, his heart is opened. In tender moments he shares his love, his fears, and his faith. And by that faith he walks – a bit more slowly now. And he teaches me to hope for a sweet reunion beyond this mortal life.