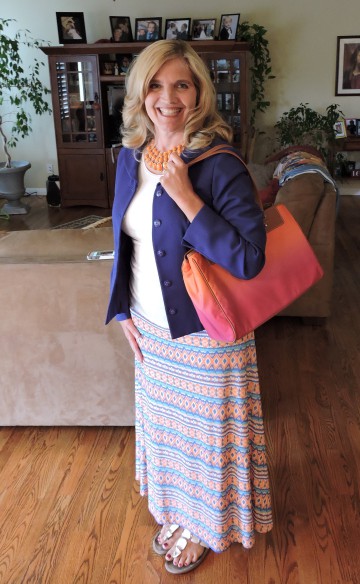 Last night, I had the incredible opportunity to pitch my book at the LDSBA Convention Dinner hosted by Cedar Fort. I even bought a new purse! I was overwhelmed by the support of people I had never before met who became instant friends – Cedar Fort Staff, authors, and booksellers. Two minutes was all each author was given at each of 11 tables. Twenty-two minutes in all.

But I tossed aside the typed script and spoke from my heart. “I was 12. She was 31.” Too young to die. “The book begins with my shattered heart and ends at the Savior’s feet.”

A remarkable thing happened as I shared my mom’s picture and encouraged booksellers to continue the conversation Jeffrey R. Holland began nearly a year ago when he plead with those suffering from depression to “choose life over death” – others began to share their own stories.

A woman’s neighbor lost a son to suicide a few years ago and a daughter just this spring; a son’s best friend ended his life leaving him grief-stricken, a daughter’s best friend died just a few weeks ago. Ward members, congregants, friends, and family – all affected by suicide’s devastating reach.

At one table sat an older gentleman on his electric cart. At the end of my two minutes, he tried to hold back a sob. Choking back tears, he said, “I lost my wife 47 years ago.” I gave him a hug.

Forty-seven years is an eternity to grieve. This book is for him.